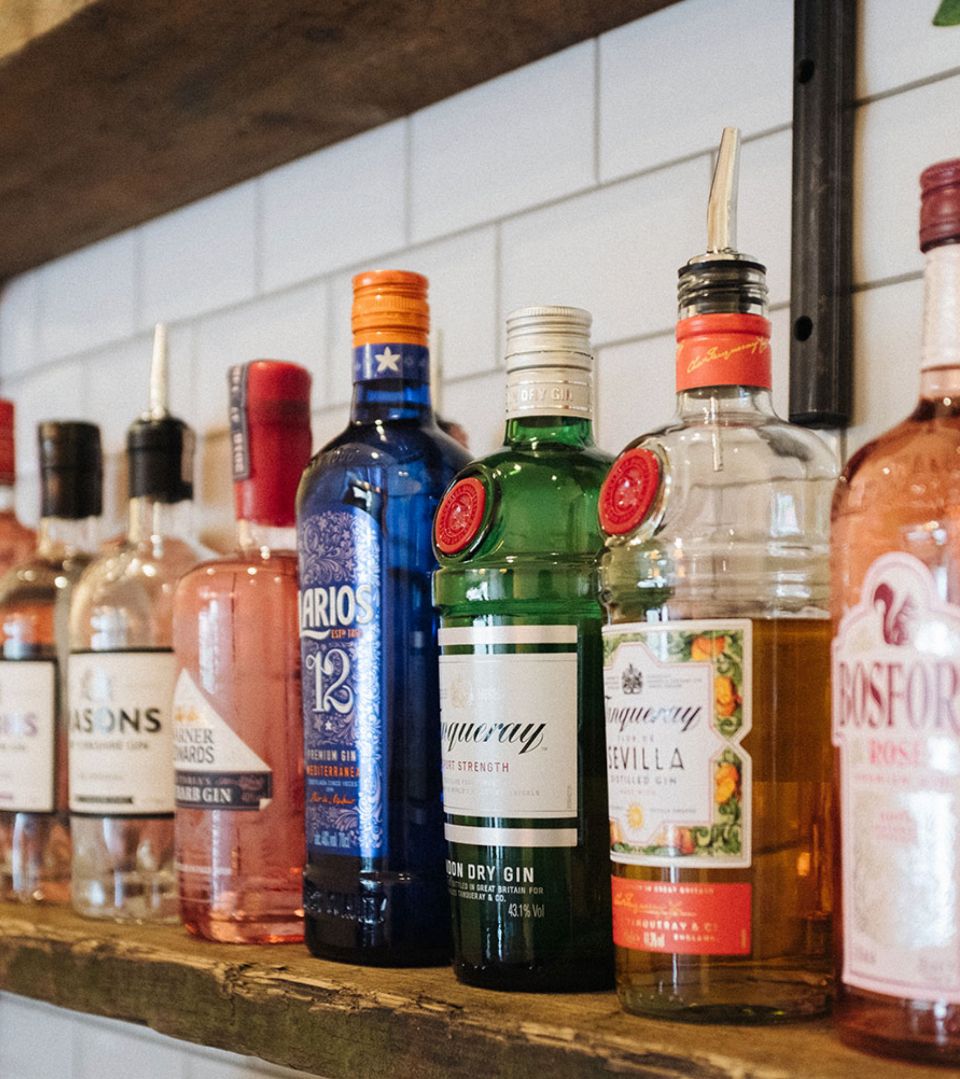 Traditionally speaking, the east side of Leeds doesn’t have a sparkling reputation as a hub for discerning food and drink, but for one husband and wife duo, the area was ripe for a small-but-perfectly-formed bar at the heart of the community.

“The centre of the city is saturated and it just felt right to start up here,” says co-owner Matt. “I’ve been working in the industry for a long time and it’s always been a dream to own a bar for myself, but it took a bit of prompting from my wife, Stephanie.”

“It wasn’t until we drove past here a few times that we noticed this unit,” she adds. “We thought, ‘what about here?’ There’s lots of focus on the centre and other neighbourhoods like Chapel Allerton and Roundhay, but who’s putting Crossgates on the map?”

Only six minutes from the city centre by train, with a growing supply of new homes being built and as well as a link road, the opportunity was staring them in the face. Matt is frank about the recent turnaround: “I’m from here originally and I don’t think a bar like this would have worked here, say, five years ago.” Despite not being a Leeds native, Steph shares the sentiment. “It’s just about trying to create something this area deserves. LS15 and east Leeds is really up-and-coming.”

“We want to play a role in educating people about Crossgates and giving locals something they deserve.”

award-winning blogger and interiors consultant Victoria Jackson of Apartment Number 4. We just wanted to get ourselves up and running at the start and then add things as we went along. A couple of the mirrors and a lot of the furniture in here was actually handed down from relatives who passed away,” says Matt. “The best compliment we get is that it’s like drinking in your living room.”

Despite it being relatively early days, Matt and Steph already have plenty of ideas for the venue. “We’re starting to do a lot more events”, Steph tells us. “We recently launched a pub quiz, and over the summer we’re hosting a series of events called ‘The Assembly Summer Social’.” The inaugural edition is in July and will make use of the car park to feature outdoor seating, live music and street food. “We’re always switching it up. Later in the year we plan on doing a supper club where we work with outside caterers and street food vendors and give them the opportunity to serve food in a restaurant environment.”

Delve into the mind of ewe...

View all our latest news stories

Finding the next generation of NHS staff on TikTok

How to grow your email marketing database