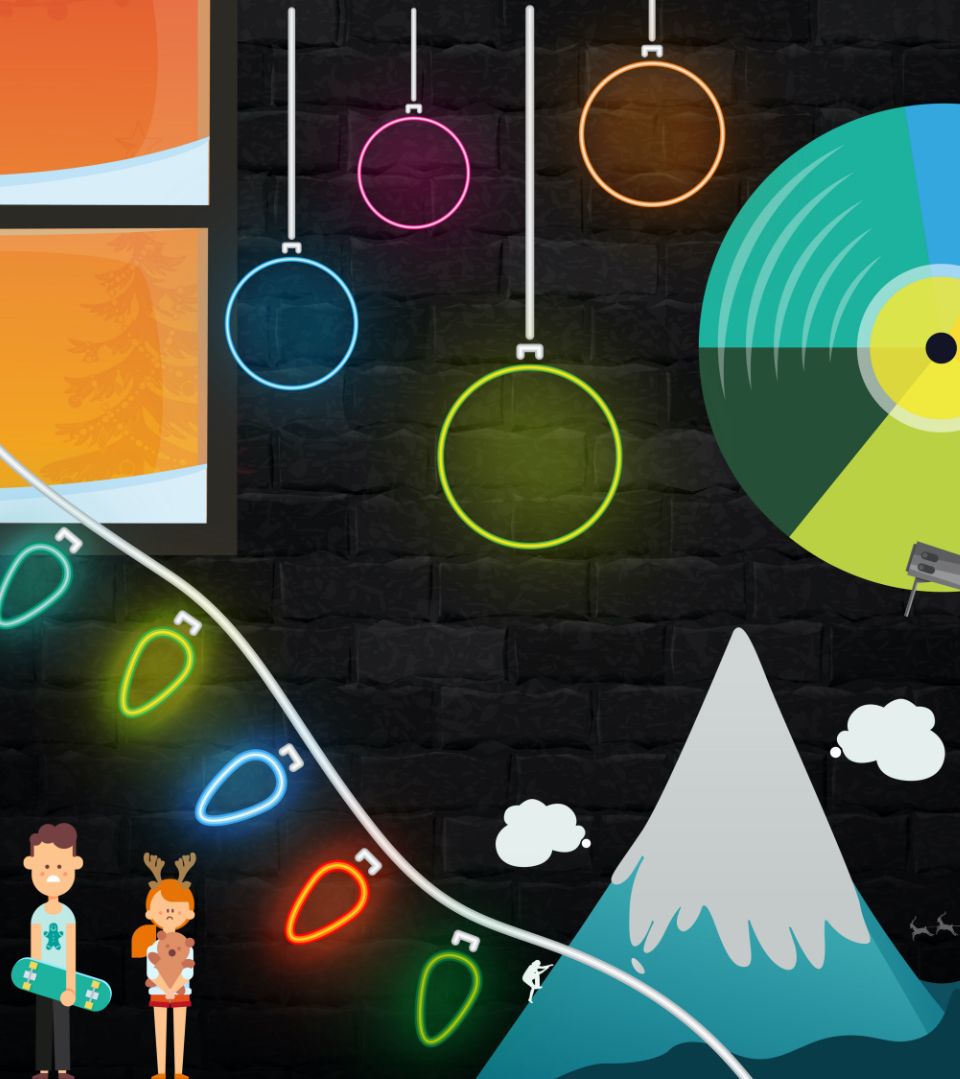 Christmas is just around the corner (when is it not these days?). We know this because I’m A Celebrity is on the telly every evening, radio stations are stealthily sneaking a couple of festive tunes onto their playlists, advent calendars are out in force on the shop shelves and, of course, the perennial Christmas advertisements have landed on our screens.

These special edition seasonal ads have played a big part in the holiday season for many years. Since the Coca-Cola juggernaut became a key component of Christmas when it first appeared in 1995, other brands have begun releasing memorable Yuletide editions. At times it almost becomes a competition to see who can moisten eyes and pull on heart strings the most, with scope and budgets increasing exponentially in what has become an emotional arms race.

Here at Ewe, we decided to get into the festive spirit and watch every Christmas TV advert produced by five top UK retailers over the past 8 years, analysing some of the key components that you would expect to see in a Christmas setting. So, out of John Lewis & Partners, Marks & Spencer, Sainsburys, Debenhams and Aldi, who is the most festive of them all, and is there a Scrooge in our midst?

It’s increasingly rare that we get snow around Christmas in the UK. We’re usually treated to some cold drizzle, or, a dousing in heavy sleet if we’re really lucky, but a stereotypical (indeed, ideal) Christmas would be opening your curtains on the morning of December 25th to see the streets around you layered with fresh snow. With that in mind, which of our major festive advert peddlers goes ‘full-alpine’ and which offers a more realistic depiction of winter on the British isles?
It would appear that Marks & Spencer has a clear desire to pull out the ski jacket from the back of the wardrobe and rummage around the garage for that broken toboggan, with on average almost one-third of their advertisements featuring snowfall on screen. However, this has dropped by 8.2% since last year since their ad is mainly promoting their cosy jumpers. Sainsbury’s showed around half of that with 14.5%, doubling that percentage since 2018. Aldi compete closely in the snow game, with just over 20% of their ads showcasing snowfall and John Lewis & Partners have crept up from 15.4% to 18% with their Excitable Edgar ad.

A Christmas ad isn’t a Christmas ad without the evocative soundtrack of sleigh bells, clinking champagne glasses and crackling logs, but the musical choice of our retailers in question reveals much about the intentions of their ads. Who fully embraces the festive mood and who suffers from a dose of seasonal affective disorder?

Considering their reputation for tear-jerking montages, it won’t come as a surprise that John Lewis & Partners adverts over the years consist of almost 100% melancholy music. *wipes tear from eye.* In fact, Classic FM has taken a look into the science of why the retailer’s adverts make us feel so damn emotional.

Sainsbury’s comes a relatively distant second with slightly under half of their adverts over the last 8 years containing the bittersweet sounds of seasonal sadness and Debenhams sits third with precisely 28.57%. Perhaps in a bid to buck the trend, M&S are kind to us during the holidays and opt to boost our spirits with their soundtrack selections - a barely significant 5% of their Christmas ads contains the bittersweet notes of melancholy music but it’s Aldi we have to thank when it comes down to using tear-jerking tunes in ads as there is NO melancholy music in any of their ads from the past 8 years.

Would it be beyond the realms of possibility that high street names use disgruntled children as a device to stimulate sales? Well, you’d better believe it! Unsurprisingly considering the maudlin tones of their music, John Lewis & Partners edits in sad-faced children for almost 10% of their Christmas specials. It’s almost as though they’re aware that the impact of an upset-looking youngster in their annual seasonal outing is enough for well-meaning parents to fork out for a new night light or a plush penguin toy…

This level of emotional manipulation isn’t a tactic readily employed by the others in our analysis, with Marks & Spencer, Sainsburys, Debenhams and Aldi featuring disenchanted kids for a token few percent of their published ads.

Twinkling lights and roaring fires are other key components of a soul-nourishing Christmas advert and it’s clear to see that our chosen brands have definitely utilised light effectively. Over a third of Debenhams’ output is made up of that warming glow, with Marks & Spencer, Sainsbury’s and Aldi also letting things shine for almost 30% of their last 7 Christmas outings.

True to form, the John Lewis & Partners School of Melancholia dictates that they feature those cosy indoor scenes for barely a sixth of their ads, on average. But thanks to good old Edgar the arsonist dragon, there was a 4.4% increase in fire on screen.

This award is presented to the John Lewis & Partners 2013 Christmas advert for featuring approximately 16 animals.

This is awarded to the Sainsbury’s 2016 Christmas spot for including 13 children’s drawings.

The Happy Family award goes to the Sainsbury’s 2013 advert which featured scenes of domestic bliss no less than an impressive 17 times!

This isn’t just any award, this is a Marks & Sp… Oh, wait, no! This award actually goes to the Aldi 2019 for displaying a delicious array of food on screen too many times to physically count! And it goes without saying that introducing Robbie Williams as the voice of Kevin the Carrot, performing Let Me Entertain You as The Greatest Showman is the perfect recipe for a family favourite Christmas advert! Bravo, Aldi.

All of the above just goes to show that different retailers have varying approaches to their festive video promotions and, revealingly, each one has their own take on what ‘sells’ Christmas to their customers. What can we expect next year? Perhaps John Lewis & Partners will take a turn for the positive and enthral us with an uplifting portrayal of Christmas; maybe Debenhams will move away from the lights and sparkles and step out into the cold. One thing for sure is that advertisements this time next year will be bigger and better than the last, and will probably launch as early as October! Such is the importance of the now key Christmas feature in brands’ annual marketing strategy.

Delve into the mind of ewe...

View all our latest news stories

Finding the next generation of NHS staff on TikTok

How to grow your email marketing database